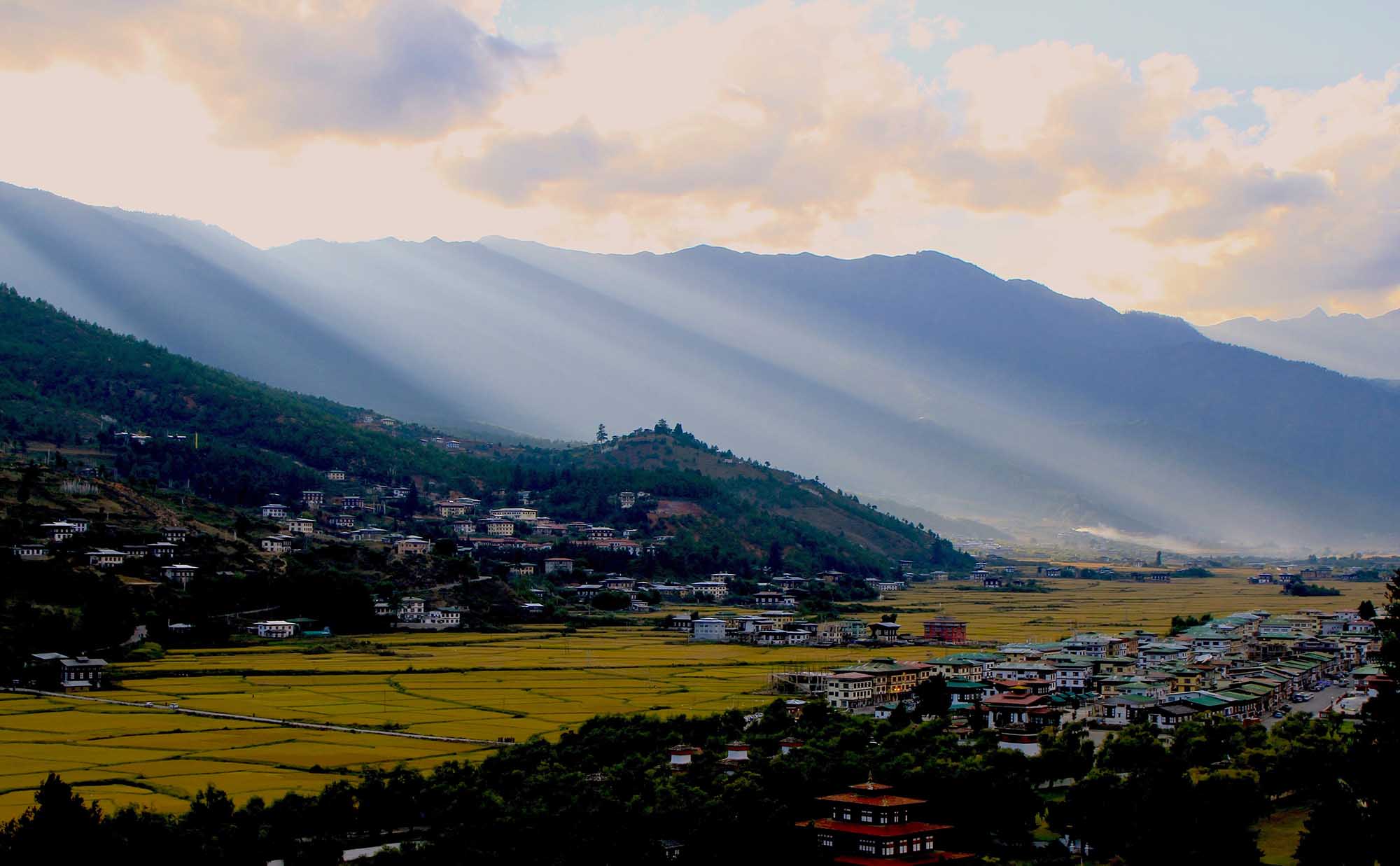 Weather in Bhutan depends upon the altitude. In the northern parts of the country where mountains rise up to 7,000m, weather is cold and freezing with snow. Southwards, closer to India, the weather is hot and humid in the summer and cool in winter. Monsoon rains are usually heavy. Winters are a good time to visit the southern foothills. The best times to visit Bhutan are spring (March-May) and autumn (late September – November) when the weather is warm, dry and sunny.

In Southern Bhutan, the climate is tropical in the monsoon season and may range from 15 degree Celsius in winter to 30 degree Celsius in summer. The east is also warmer than the west. The center enjoys sub-tropical climate with very cool winters while the northern parts of the country have harsh climate including snowfall two to three times every winter.

In Thimphu the temperature ranges from -2.5°C in January to 25°C in summer with a rainfall of 100mm. In the high mountain regions the average temperature varies from 0°C in winter to10°C in summer, with an average of 350mm of rain.