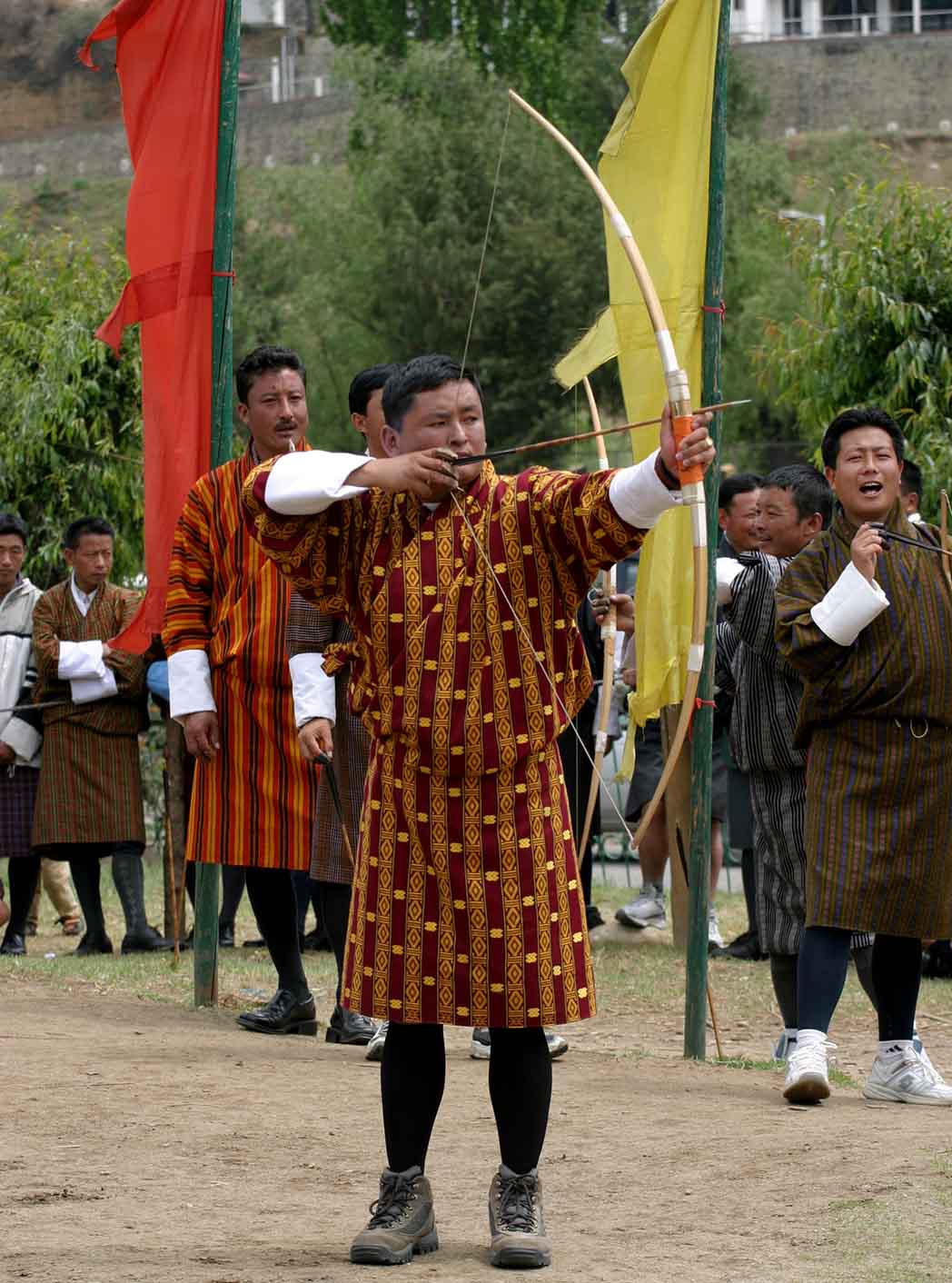 The national sport of Bhutan is archery. Earlier the players used traditional wooden bows and arrows but these days, especially in tournaments, the use of the compound bow and arrow has become popular. Other traditional sports played in Bhutan are the khuru, an equally popular outdoor team sport, in which heavy wooden darts pointed with a 10 cm nail are thrown at a paperback-sized target 10 to 20 m away; degor which resembles discuss, pungdo which is similar to shot put, Soksum (javelin-throwing), and of course keshi (a lot like all-around wrestling).

The country’s modern sport favorite is definitely football followed by cricket. These sports have gained popularity among the Bhutanese since the introduction of various television channels mostly from India. Other sports like indoor football and futsal are also played. Bhutan’s national cricket team first made their mark in the world when they made the quarterfinals of the 2004 ACC Trophy.

Bhutan has only opened their doors recently and their first Olympic participation was in the 1984 Olympic games held in Los Angeles, California. Up until the 2008 Olympics, the only game that Bhutan has participated in was archery. But that all changed when Kunzang Choden joined the women’s 10m air-rifle event in the 2012 London Olympics for Bhutan.