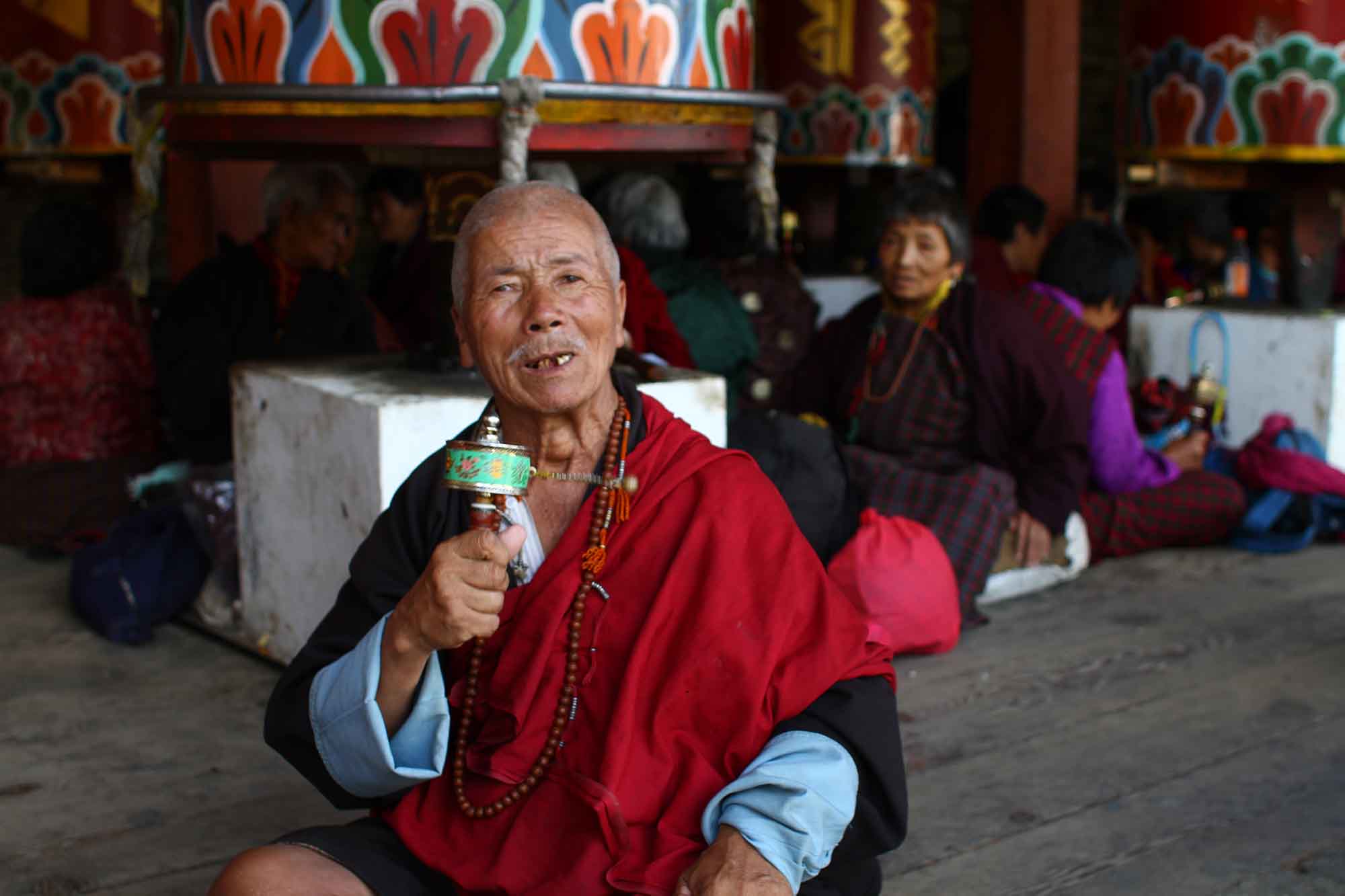 The state religion is Buddhism with a majority being Buddhist practitioners. Hinduism is the second major religion. The religious head or Chief Abbot of the kingdom is known as the Je Khenpo.

Once every year, a district or important village conducts a Tsechu or annual festival in honor of Guru Rinpoche, Bhutan’s patron saint, where various masked dances are performed. It is believed that the viewers are cleansed from all sins and defilements if they watch these dances.

Tsechus are usually held at the courtyards of Dzongs or ancient fortresses built during the time of Zhabdrung Ngawang Namgyal. Before the sun dawns, a Thongdrel or huge tapestry depicting various religious figures is unfurled at the Dzong courtyard. This is also believed to purify viewers of bad karma. The thongdrel is then rolled up before sunrise.

It is common practice for parents especially in rural areas to enroll their sons as monks from a young age. They are trained in monkhood from the very start and endure hardships like harsh living conditions in the monasteries to fulfill their calling. People believe that it is very good to have a family member as a practicing monk as it will accumulate good karma for the family. Devout Buddhists usually go on annual pilgrimages to Bodhgaya in India.