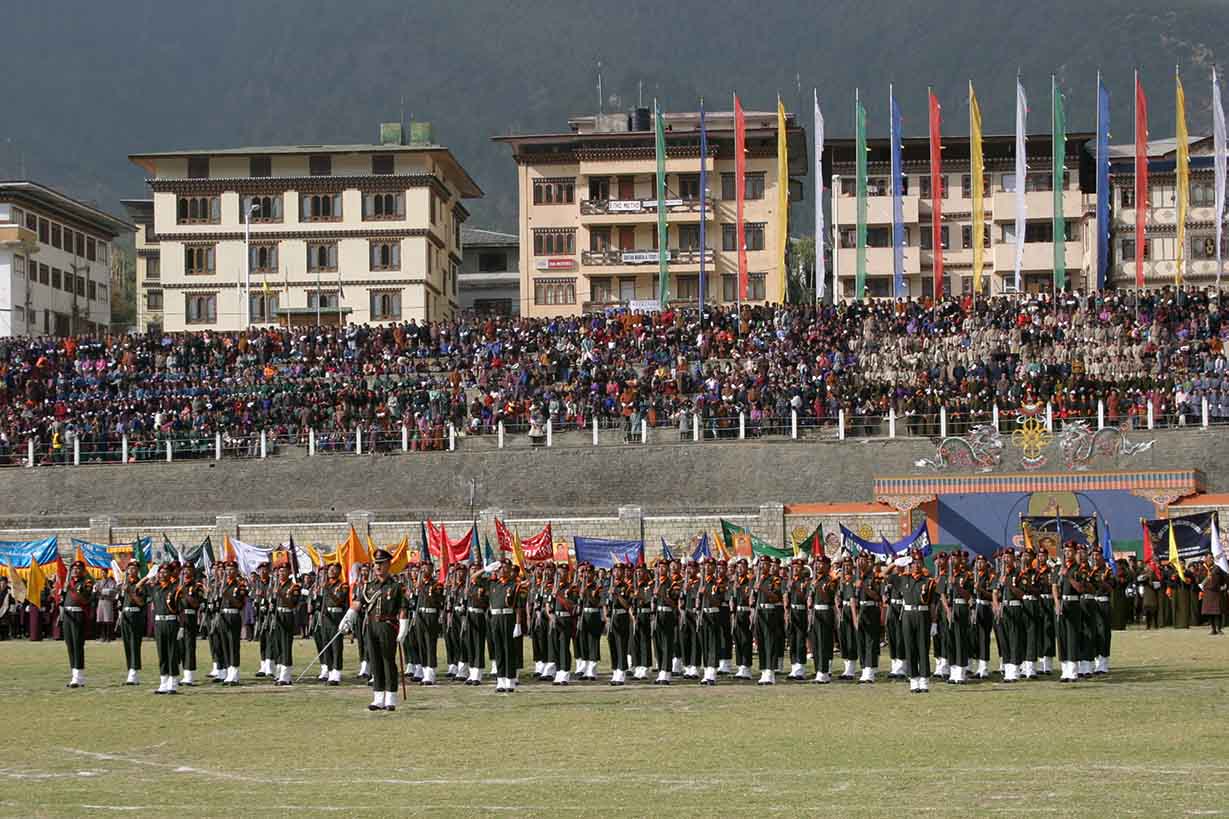 After much warring among feudal lords, Bhutan saw the emergence of Trongsa Penlop Jigme Namgyal, one of the most powerful leaders in history.  He began unifying the various factions in the country. His son, Gongsar Ugyen Wangchuck was unanimously crowned the first heredity King of Bhutan in 1907. After him, came the legacy of the second King, Jigme Wangchuck and the third King Jigme Dorji Wangchuck. However, the Fourth King, His Majesty Jigme Singye Wangchuck is known as the “Visionary King” who promulgated the philosophy of Gross National Happiness and led his country through a peaceful transition into democracy. The present King, His Majesty Jigme Khesar Namgyal Wangchuck is known as the “People’s King” who continues to steadily build upon the foundations of democracy laid by his father, traveling far and wide, even unto the remotest areas of the country meeting with his people, endearing himself to them.

The Druk Gyalpo (Dragon King) is the Head of State. Although his title is hereditary, he must retire by age 65, and he can be removed by a two-thirds majority vote by the parliament followed by a national referendum, which must pass by a simple majority in all 20 districts of the country. They welcomed the Crown Prince, Gyalsey Jigme Namgyel Wangchuck in February 2016.