Cradled in the southeastern Himalayas between two giants – India and China, Bhutan has a history as rich and fascinating as the exotic image it projects. Bhutan is synonymous with Buddhism and its ancient history is steeped in folklore and mythological accounts of Buddhist saints, especially Guru Rinpoche, the patron tantric master. 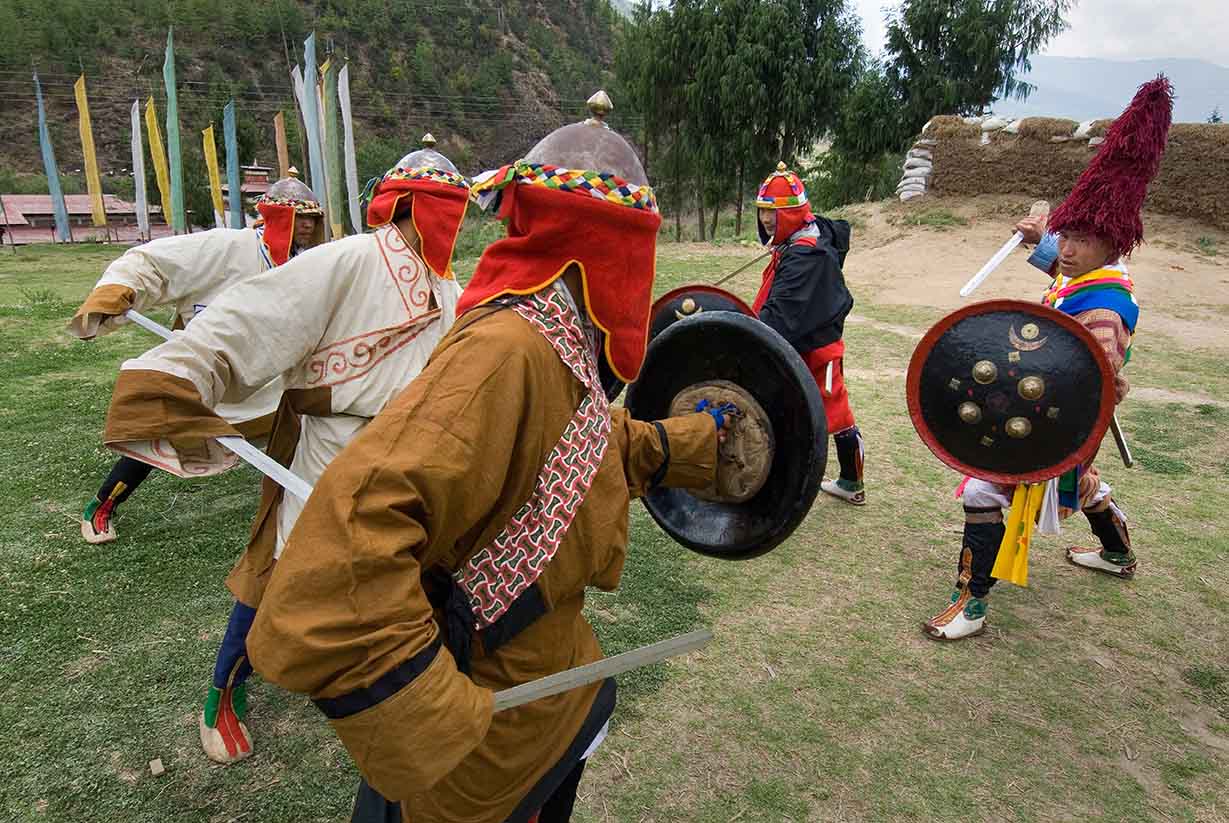 It is believed that the evidences of his journeys and conquests are left as imprints of his feet and hat on rocks. These were foundations on which were built temples and monasteries. However, one would be required to exercise free flow of the imagination while taking into account Bhutan’s pre-medieval history, as it is more a product of oral storytelling than hard-coined facts and figures.

The first ruler was a spiritual head from Tibet, Zhabdrung Ngawang Namgyal. He arrived in 1616.

While the medieval and modern history of the country are more clearly defined with chronological dates and proof, it is still unique with stories of feuds, warlords, mighty fortresses and eventually the story of its unification under hereditary monarchy.The first king of Bhutan was Gongsar Ugyen Wangchuck.

Outsiders view Bhutan as a Shangri La. Though till the third king Jigme Dorji Wangchuck’s reign, it had adopted a policy of self-isolation, things began to change thereafter. Known as the “Architect of Modern Bhutan”, the King rapidly opened it’s doors to the outside world, especially strengthening bilateral ties with India. Basic modern amenities like roads, schools and hospitals gradually made their advent into the kingdom.

It became the youngest democracy in 2008 and since then a Constitution and Parliament have been instituted.

The People’s Democratic Party won the general elections in 2013 with a majority and Prime Minister Tshering Tobgay heads the government. His Majesty Jigme Khesar Namgyal Wangchuck is the King.