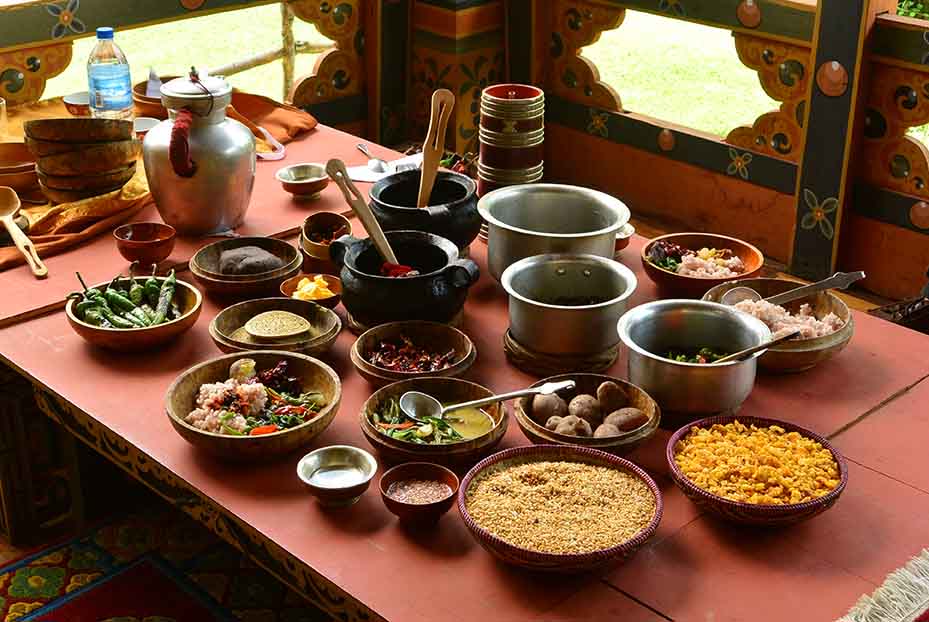 Bhutan is the only country in the world where the chili is used as a vegetable apart from a condiment. Bhutanese take great pride in their national dish “ema-datshi”, a chili and cheese curry which is served with a mountain of red or white rice.

Highlanders in Bhutan also take suja (butter tea) but milk tea and coffee are becoming increasingly popular among the townspeople. Local brewed wine called “ara” is commonly served during festivities and pujas (religious ceremonies) though a lot of people take beer and other imported alcohols as well.